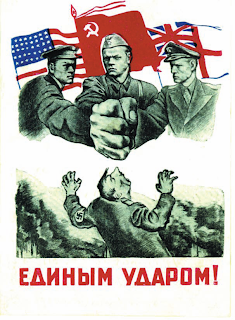 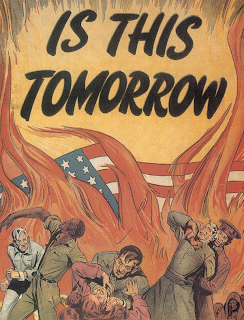 Normally, the other blogs of the class have chosen one poster (or several posters relevant to each other) and commented to it (them). However, we have decided to share several posters in a definite time period, at the beginning of the Cold War. We have chosen this era, because due to the ideological uncertainty there were posters of very different opinions published and spread at the same time.

This Sowiet poster, distributed near the end of the Second World War has intended to increase the morale of the public by showing them the united force of the USA, the UK and the USSR. The slogan reads as ''through united punch''.

The second picture is the cover page of an American comic book which was printed as more than four million copies. It illustrates the conflict between systems and the ideological uncertainity in the future. 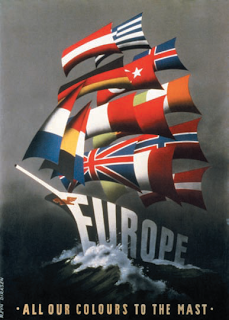 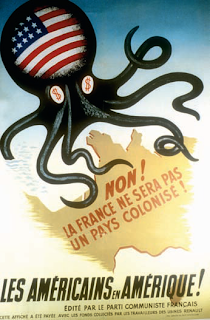 This promotional poster was distributed by the Allied High Commission, which was established in order to regulate the development of West Germany, favoring the American Marshall Plan and therefore a unified as well as reconstructed Europe.


The ideological uncertainty has spreaded all over Europe. There were also communistic parties in allied western European countries (France and the United Kingdom) against the American Marshall Plan, which is called ''communistic anti-Americanism''. This poster was distributed by the Communist Party of France whose legend reads as 'No! France won't be a colonised country! Americans back to America! 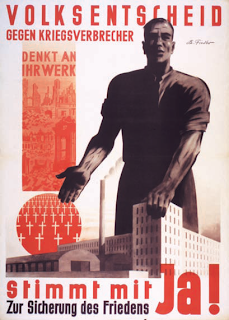 Four years after the end of WWII, Germany was divided into four parts including the ones of the USSR and the USA. The first poster, which was distributed in the Sowiet Zone, favors the expropriation of the businesses possessed by war criminals and Nazis by a referendum at that time. It reads as 'Referendum Against War Criminals-Think about your work, vote 'Yes' for securing the peace!'' 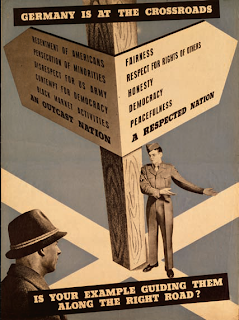 And the second one was distributed in the American Zone for "politic re-education". 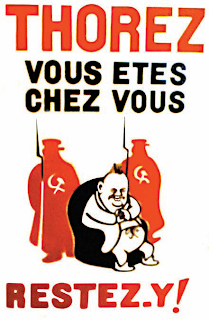 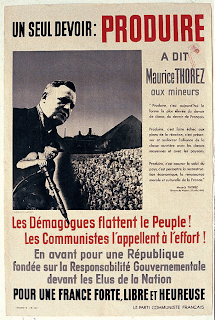 The two last posters are the ones distributed in France by Communist and Anti-Communist parties. The first one, which has intended to increase production, reads as 'One unique duty: Producing - Maurice Thorez [the leader of the French Communist Party] has said that to miners." And the other one is directly opposite Thorez, saying "Thorez, you are at home, stay there!".